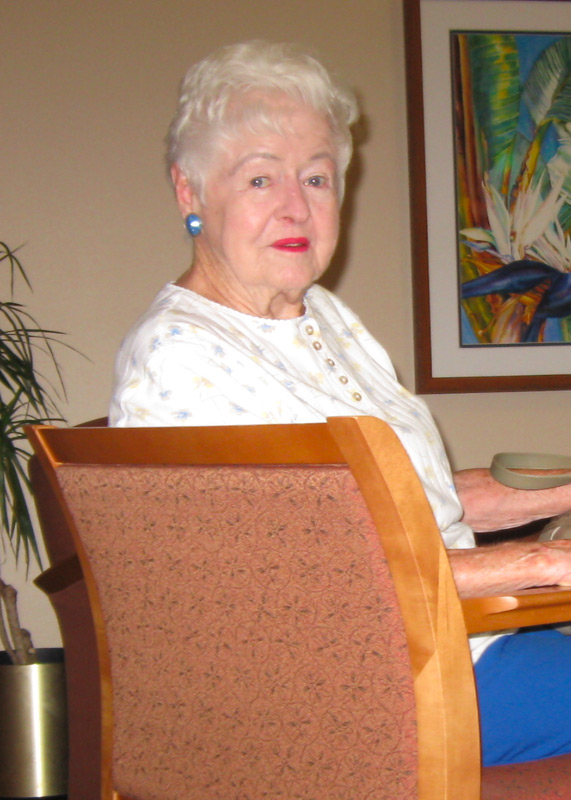 It is all too easy to think back on unrealized hopes or dreams tinged with regret. There are many stories that start like Jean Tweedie's, a young person with hopes and plans that have to take a backseat due to life's circumstances:

"I had always been interested in becoming a nurse, and I had even planned to go to nursing school after I graduated from high school," shares Tweedie. "But then WWII broke out so I joined the Canadian Air Force and was stationed in Vancouver where I worked as an operations clerk. Shortly after the war ended I was married and that was that as far as my professional goals went."

But instead of simply letting go of her dream, Jean Tweedie decided to honor the profession she would have chosen by helping to make it possible for future nursing students to afford their education. "I never lost interest or admiration for the profession, and I decided I wanted to support others who had the dream and opportunity to enter the field. I also strongly believe education is the key to making the world a better place," says Tweedie, "so I looked to MiraCosta as a potential beneficiary of my estate."

As an Oceanside resident, Tweedie had first become familiar with MiraCosta College more than a decade ago when she attended a theatre performance. Around that same time she was helping host a group of Japanese exchange students through her involvement with Oceanside's Sister City Program, and she brought them to campus for a tour of the college. She continued to develop her relationship with the college by attending the theatre performances, and a couple of years ago she contacted the MiraCosta College Foundation and took a tour of the nursing program facilities on MiraCosta College's campus. This solidified her decision to make the college a beneficiary in her will, and she worked with the foundation to ensure her bequest would be designated to the nursing program.

Tweedie admits she has always felt savvy about budgeting and money management because of classes she had in high school, so when it came time to think about her will, she felt confident about what types of provisions she wanted it to include. "I worked with a lawyer to draw up my will," says Tweedie, "but I made all of the decisions myself. I think it is important that people take the time to reflect on their life's interests and make their provisions to reflect what was important to them."

Have you thought about the legacy you would like to leave? Setting up a bequest is a great opportunity to ensure that your values endure. To learn more about bequests and planning your will, please contact us or visit our website to access free tools that will help you create your plan.