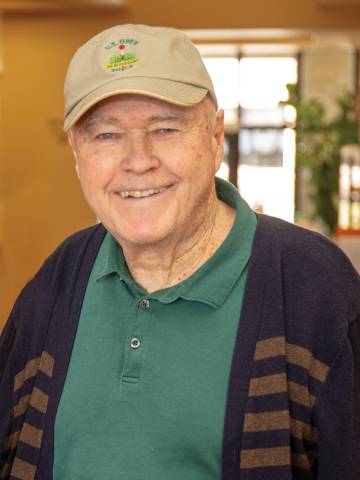 Music struck a chord with Jeff Sell at an early age. He grew to fine tune his expertise, becoming a principal clarinetist in college, entertaining his fellow servicemen in the Air Force band, singing, and conducting ensembles.

The call to teach was clear as a bell for Jeff and he soon found the welcoming campus of MiraCosta College. Between 1966 and 1992, he taught music classes and developed a music library for MiraCosta College’s choirs and orchestra.

When MiraCosta began to drum-up support for Music Department scholarships, Jeff and his wife Carol led the band with a $100,000 donation to fund a scholarship for students with a lifelong interest in pursuing music.