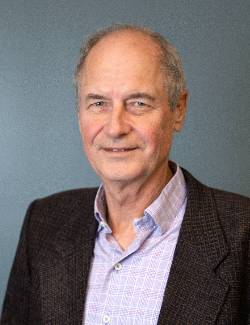 Alec J. Babiarz is a business leader, engineer, and innovator who is committed to the value of education. In 1983, alongside two of his colleagues, he co-founded Asymtek, a manufacturer of automated fluid dispensing systems. In just over a decade, despite no initial venture capital support, the three founders built the business into a global industry leader before it was ultimately acquired by the Nordson Corporation. Following the acquisition, Alec stayed on as Senior Vice President for Asymtek Sales and Marketing, then President of Business Development for the Nordson Advanced Technology systems (ATS) group. During his tenure under Nordson, he was responsible for investigating and analyzing new business models, acquisitions, and market forecasting. Alec also participated as a member of a team of key executives that worked to define the strategic business platform for Nordson.

Now retired, Alec still remembers his first connection with the MiraCosta community like it was yesterday. While at Asymtek, Alec’s neighbor and MiraCosta professor Rita Soza asked if she could bring one of her classes to visit the company on a field trip. Over the years, she would continue to take students to Asymtek to see firsthand what Alec and the company were building.

Since that first field trip, Alec has remained connected to MiraCosta and would later join the foundation board in 2011. When asked why he has been involved for so long, he is quick to cite the MiraCosta students and their stories. With so much need in the community, Alec is proud to have served as foundation board president for an organization that not only provides the highest quality community college education but uplifts students by ensuring they have the basic needs and resources to excel inside and outside the classroom.

In addition to his foundation board volunteerism, Alec remains committed to the community and serves on the Independent Citizens’ Bond Oversight Committee, which oversees funds raised by the $455 million Measure MM bond that was passed in 2016. Alec received a BSE degree from Arizona State University and MSME and MSEE degrees from Stanford University. He currently holds 33 patents worldwide and has written more than 20 papers and articles on fluid dispensing and jetting.