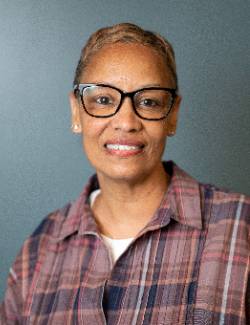 Kimberly Troutman is a healthcare and telecommunications executive with more than 25 years of leadership experience in the region. She currently manages business operations and patient relations as the Center Supervisor for Imaging Healthcare Specialist and previously worked with patients at Rady Children’s Hospital. Prior to serving in the healthcare industry, Kimberly spent nearly two decades overseeing station operations for the local NBC and CBS news stations.

As a graduate of San Diego City College, Kimberly understands the positive impact that community college can have on its students, especially because it was her associate degree from City College that launched her career in telecommunications. In addition, those early experiences allowed her to develop the relationships that would later help her rise in her career.

Today, Kimberly donates her time, expertise, and resources as often as she can in the community, regularly donating goods and working at a local food kitchen with her family. Kimberly has a heart of gratitude that comes from the support she received early on in her life. At every step of the way throughout her academic and professional career, someone was willing to give her an opportunity to succeed, which is why she is so drawn to MiraCosta. As she explains it, MiraCosta staff, administrators, and teachers all care about the students and do everything they can to help them achieve their dreams.